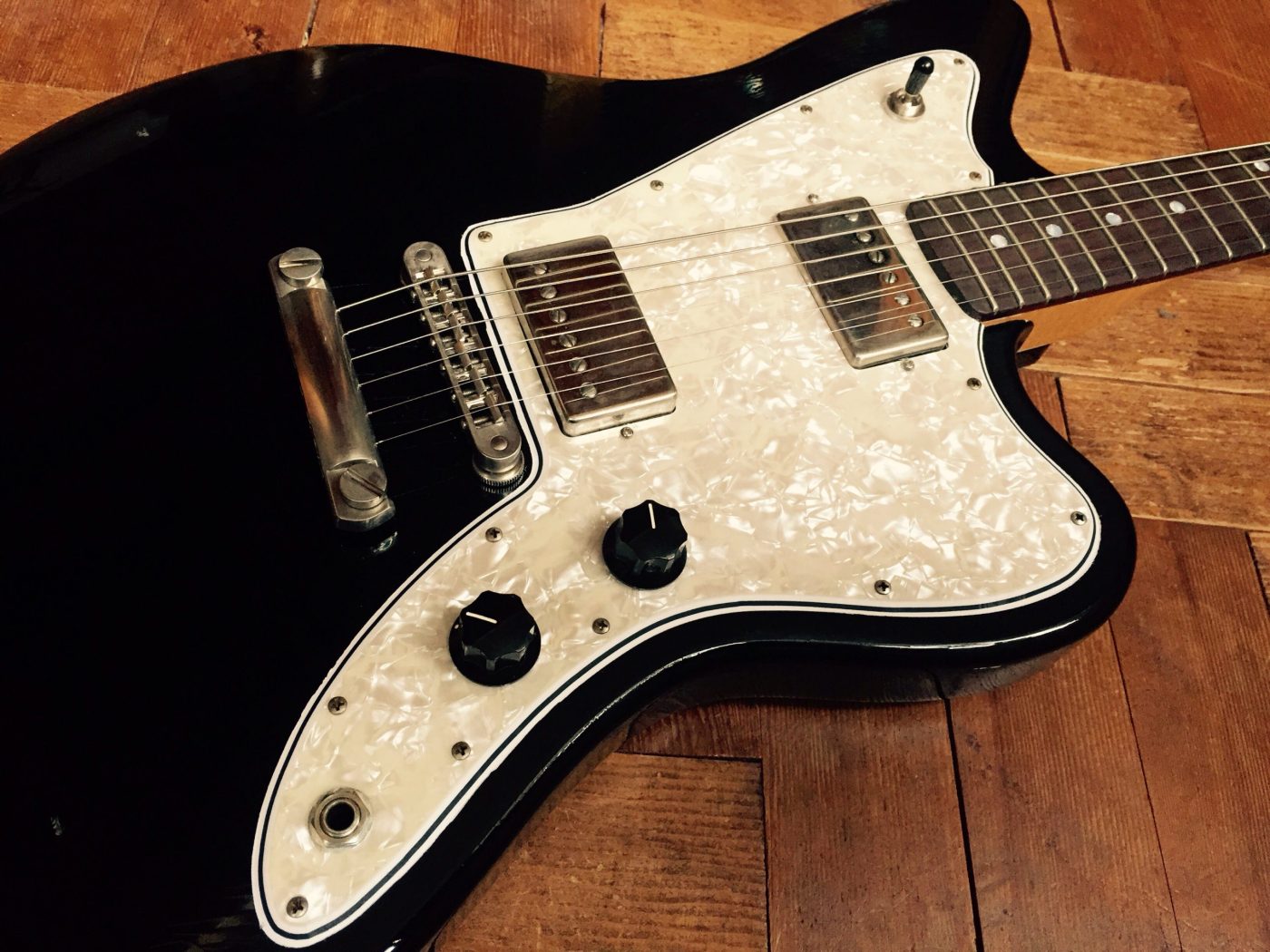 Close friends and family know that I have lusted after a Fano guitar for a very long time. Recent trauma in my personal life caused me to re-evaluate much and made me realise I need to cut loose and enjoy myself a bit more. So I splashed some cash and bought a Bull Black Fano Standard JM6. I’ve had the guitar a few weeks now and have gigged with it. It’s an absolute joy.

Fanos are handmade boutique guitars, so they’ve never been cheap. But you get what you pay for and quality comes at a price. Fano, based in the USA, is best known for its Alt de Facto range of custom guitars, built to order, distressed, and individually spec’d. Prices in the UK start at £2,299.

You could say the Fano Standard series is our own “greatest hits” collection (Volume 1, natch). We went back and studied the history of orders on our custom Alt de Facto guitar line and noticed some trends. So we combined the most popular requests of features and options into a new line of ready-to-play guitars.

A couple of years ago, while on a weekend break to France, I played a gorgeous Alt de Facto JM6 in Paris guitar shop Guitars Rebellion, managed by a lovely man called Vincent (read more about my visit to Guitars Rebellion). I’ve wanted a JM6 ever since. The introduction of a more affordable line made the ownership of a JM6 a priority. Only two dealers in the UK stock Fanos. The nearest to me, Coda Music in Stevenage, is an hour-and-a-half drive from my home. I kept an eye on their website and as soon as I spied they’d taken delivery of a few Standard JM6 models I was in my car and on the motorway.

The traffic was horrendous. A multi-vehicle collision had caused gridlock on the M25. The journey to Stevenage took hours and I arrived at Coda Music only 50 minutes before the shop was due to close. I entered stressed, walked up to a guy at the counter, stared him in the face and, as if the future of the human race depended on it, I said, “Dude, where are the Fanos?”

Sensing the need for urgency, the store assistant sped off to find me a couple of Standard JM6s – one Bull Black, the other Ice Blue Metallic – and set me up with an amp. The JM6 comes with P90 or humbucker pickups. I asked to try the humbucker variety. I’m a big fan of P90s, but I already own a Koll Jr Glide and Gibson Les Paul Gold Top with P90s. I wanted to extend my sonic arsenal with a humbucker guitar.

I took a shine to the Bull Black with pearloid scratch plate. It just looked so cool. I played a few chords and riffs up and down the neck and found that the action was too low in places. The odd note choked here and there. One of the store assistants took the guitar out back to give the truss rod a tweak, brought it back a few minutes later and it played like a dream. The South of England had seen extreme temperature changes in the last couple of weeks – the kind of thing that messes with the setup of a guitar.

It didn’t take me long to make a decision. I bought it.

The bolt-on 25.5″ scale maple neck is topped with a rosewood fretboard. It has an early 60s C profile with a compound radius 7.25″-9.5″. It feels comfortable in the hand – not too fat, not too thin – and plays easily. The length and shape are classic Fender, so the guitar feels nice and twangy, but you also get a bit of virility from the set of gauge 0.010 strings. The Graph Tech Tusq XL nut is beautifully cut and both E strings are set a sensible distance from the edge of the fretboard. It’s a little thing, but it’s important. When strings are positioned close to the edge, it’s too easy to roll them off.

My Standard JM6 is loaded with a pair of Fano-made humbuckers, which are voiced for versatility. The P90 version is available at the same price. Used in combination with the 3-way pickup selector, I can get a wide range of tones from my Fano. It can jangle and it can punch. By playing around with my amp EQ and drive settings, it offers up warm and sweet jazziness, rich overdriven grunt and everything between. The thick offset alder body, Tone Pros tune-o-magic bridge and stud tailpiece combine to give bags of resonance. It has great clarity and string-to-string separation, whether played clean or overdriven.

Although it’s new, the guitar looks like it’s done a decade or two on the road. It has a few chips and scratches, feint cracks run through the nitrocellulose lacquer and metal components look aged. This is a feature of Fanos. They come distressed. I’ve never been a fan of faux ageing. I think a guitar should tell the story of its owner. It’s history should be real. But saying that, none of my guitars tell an interesting story. I’m anal about looking after them. They are all in perfect condition. Sadly, the more expensive guitars in my collection rarely get played at gigs, because I’m way too worried they’ll get damaged while out and about. The benefit of owning a Fano is that I’m not anxious about taking it out of the house. It already has a few nicks and scuffs. So I gig with it. I play a lot of small venues with never enough room on stage for band and gear to fit easily. Not worrying about pranging my guitar is quite liberating.

Both Fano Standard models are supplied with a very plush Fano-branded gigbag made by Levy. I was concerned that I’d been given an SP6 gigbag by mistake, because it was a very snug fit on my JM6. I checked with Fano. Though the guitars are different shapes and lengths, the same gigbag is used for both. Coda Music also advised that the gigbag will stretch a bit with time, which seems to be the case now I’ve had the guitar a few weeks.

I love my Fano. It’s versatile, feels comfortable and plays beautifully. The only negative is, I want another one.

Here’s a video by Richard Barrett from Guitarist Magazine using my very own Fano JM6 in a demo of the SP6 and JM6 models.